A downloadable game for Windows

The Ritual is a short top-down horror game.

Every few years, in the face of poor harvests, pestilence, or mysterious disappearances, the villagers in this remote country must make a sacrifice to restore balance and prevent the destruction of their society.

The entity to which they make this offering has been called many things: monster, demon, or beast. The villagers do not know the true name or origins of the beast, nor do they care to. They know enough: if allowed to slake its thirst for the blood of the innocents, it will spare them and perhaps even favor them with a bountiful harvest in the fall.

An elder of the village draws a symbol in the dirt and chants strange words into the night sky. Once finished, the elder departs quickly, lest the beast devour him or her along with its quarry.

The beast hunts the child sacrifices.

Sometimes it glides silently through the air, sometimes it sprints along the ground like an animal.

No child left to the monster in this way has ever returned to the village.

This year, you are among those to be sacrificed.

You don't know if this monster can be hurt, let alone killed. You're sure that if you run far enough and fast enough that you can survive the night without being caught and devoured.

The Ritual runs as a standalone .exe on Windows. You can also play in your web browser on my website. (This version is currently very buggy. Play the .exe version if you are able.)

You can learn about the game's creation on my development blog.

The current version is v1.3.

Awesome! Thanks for playing and I hope you enjoyed it :D

Glad you enjoyed it! Thanks for playing :)

Well this game was fun and excruciatingly hard for me xP I love how it feels like a horror style Legend of Zelda meets Pokemon world and the main goal of the game even though I totally stunk at it. I can see how more hardcore gamers would love this game for the challenge though!

I did a let's play of me getting my butt kicked by the creature if anyone is curious! 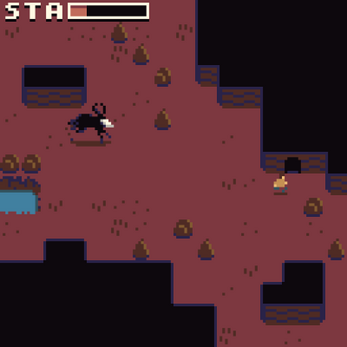 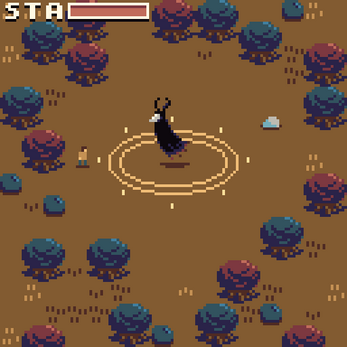 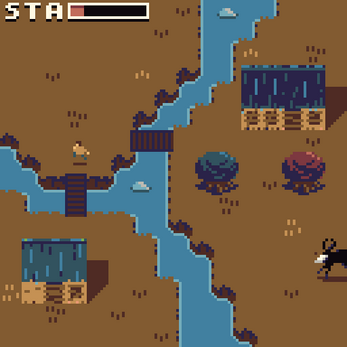